The QC testing of drug compounds is performed on a worldwide scale by pharmaceutical companies, contract research labs (CRO) and various other institutions. Regulatory requirements are broader and more stringent than ever before and will only increase to protect human and nature. With the Current Good Manufacturing Practices (cGMPs) for human pharmaceuticals quality standards are set to insure product quality and safety. Adherence to the cGMP regulations assures the identity, strength, quality, and purity of drug products by requiring that manufacturers of medications adequately control manufacturing operations. Reproducible, reliable and robust methods of analysis play a vital role in regulatory compliance.

Antec Scientific ALEXYS Analyzers are used worldwide to meet USP and EP regulatory and safety standards for a broad range of compounds. Dedicated Analyzers have been developed offering exceptional sensitivity, selectivity, and throughput for aminoglycoside and macrolide antibiotics, (di-) sulfides, glycoproteins, carbohydrates and many other pharmaceuticals.

Read more about our applications in pharmaceuticals and antibiotics analysis ….. 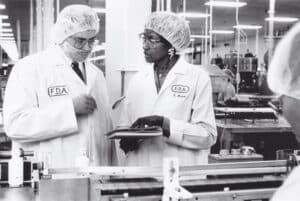 One of the many steps in drug development is the investigation of the metabolic clearance of a drug candidate from the body. Most xenobiotics are metabolized in the liver and excreted from the body in urine. However, there is a thin line between drug metabolism and toxicity. This became clear with the tragic events following thalidomide prescriptions for treatment of morning sickness (nausea) in pregnant women in the late 1950’s. Nowadays, ADME studies (absorption, distribution, metabolism, excretion) play a key role in preclinical trajectory of drug development. The fear of approving a drug that could cause birth defects or cancer has dominated US FDA policy to this day.

Cytochrome P450 (P450) enzymes in the liver play an important role in the metabolic process. Reaction mechanisms are based on oxidation reactions including deamination, N-dealkylation, O-dealkylation, sulfoxidation, and hydroxylation of alkyl groups and aromatic rings. Traditionally drug metabolism studies are based on incubation of the drug with liver cells, also known as microsomes.

Electrochemistry has proven to be a complimentary technique for studying oxidative metabolism. Drug candidates and active pharmaceutical ingredients (API’s) are oxidized in an electrochemical reactor connected to an MS. The reaction products are immediately analyzed, or mixed with other biomolecules such as proteins or peptides to study secondary metabolite reactions. Several literature publications have appeared showing the overlap, and complementary results of the electrochemistry and microsomal approach. 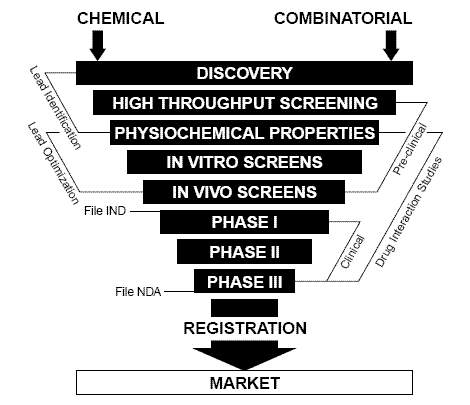 Fig. 2. Drug discovery is an elimination process, starting with thousands of drug candidates. Non-suitable candidates must be eliminated early in the process, to save time and money. Electrochemistry has proven to be a valuable complementary tool to traditional methods.