A milestone in the research of Dystonic Movement Disorder 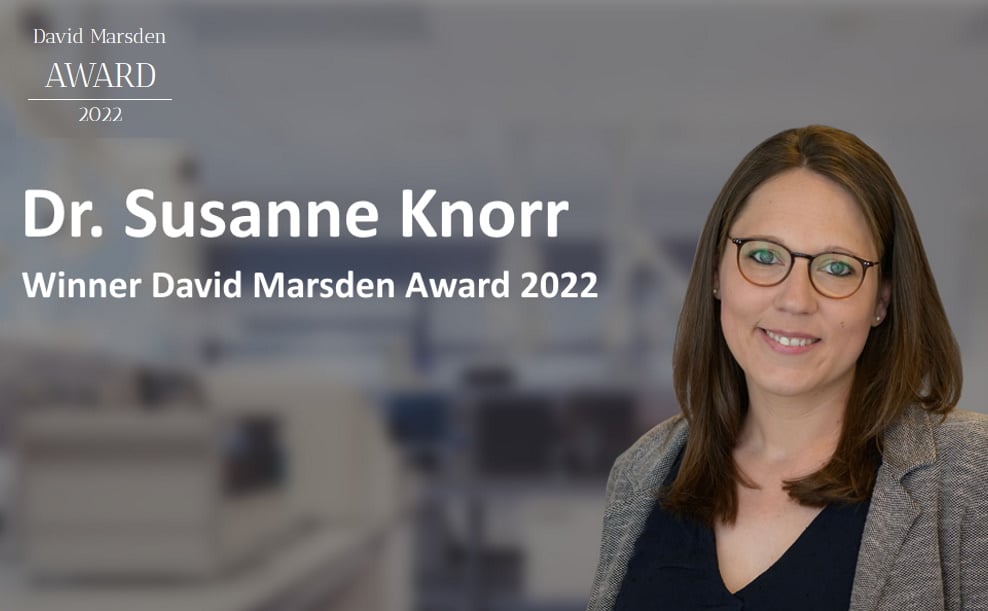 The prestigious David Marsden Award 2022 was granted to Dr. Susanne Knorr, department of Neurology, University Hospital of Würzburg, Germany, for generating an animal model of genetically caused dystonia. Dystonia is a neurological movement disorder that causes muscles to contract involuntarily, leading to twisting and repetitive movements or abnormal postures. It is the third most common movement disorder, after Parkinson’s disease and essential tremor. Studies suggest that dystonia is caused by problems with movement controlling circuits in the basal ganglia, with the involvement of the chemical messenger dopamine.

Dr. Knorr´s research brings together a genetic background with a dystonic phenotype for the first time. Behavioral analyses of this model revealed dystonia-like movements and abnormalities in the striatal dopamine metabolism. In addition, it was demonstrated that deep brain stimulation normalized pathologic brain network oscillations.